Is a manned trip to Mars actually all that dangerous?

I look back to the history I know coming from a western perspective. Columbus faced immense danger when he set sail for India across the Atlantic. Edmund Hillary faced a strong possibility of death for himself and his entire team when they scaled Mt. Everest. What of Magellan when he sailed around the world, or Franklin as he lead an expedition into the Arctic. Not to mention the people who explored the Amazon, or the Nile, or the Antarctic, or even those who risked everything on those first trips to India around Africa.

All these people faced enormous risks to achieve their goals while many others succumbed to those same risks.

As alluded to above, this short list of risk takers come from my western perspective. I can guarantee that people familiar with cultures I know too little about can produce a similar list.

I will go so far as to state that there are many lay-persons who follow space exploration who know more about the risks astronauts will face on a Mars journey than most of those early explorers did regarding their own travels.

Relatively speaking, and in my opinion, a manned trip to Mars isn’t any more dangerous than any previous voyage of discovery we now celebrate as heroic.

Someone is sure to question the cost. What did it cost ancient mariners to outfit a ship? How much did it cost Marco Polo to reach China? How much did Edmond Hillary pay to scale Everest? As for NASA itself, I believe I adequately addressed that question here.

Exciting new images of Pluto from the New Horizons platform now so far from Earth have me thinking about the state of space exploration. 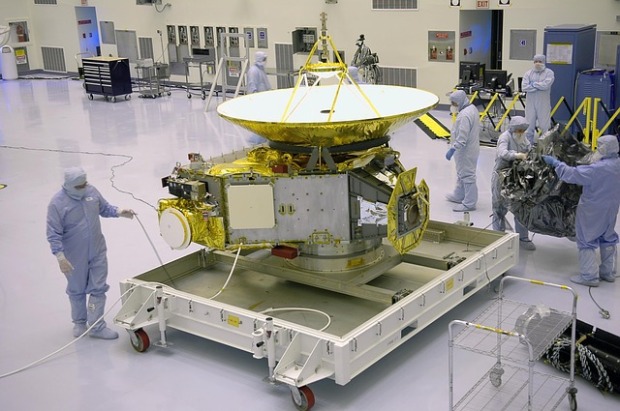 While the number of nations capable of boosting men and equipment into orbit and beyond remains small, there is no shortage of nations, corporations, and even individuals invested in the next stage of space exploration.

Hubble, Chandra, Kepler, and other imaging platforms in space and on the ground continue to reveal the marvels of our universe. With the arrival of New Horizons to Pluto we have now sent probes to every historically major body in our solar system. Missions like the Dawn probe to Ceres and the Deep Impact meet up with Tempel 1 have only expanded on what we know and can do.

Then there’s the wonder of having watched Voyager 1 pass beyond the heliosphere of our sun into galactic space.

Even more exciting is the new level of talk around manned missions. To Mars. Back to the moon. Even to near Earth asteroids.

I wrote a previous post over the question of how much all this costs: Billions To NASA When So Many People Are Starving? You can see how I feel about that question by following the link.

One thing I do know is how much of this need to reach out and explore is inherent in being human. For the most part, the easy stuff of mapping the surface of our own world has been done. That leaves us with the oceans about which we still know so little, and space, where we have only just begun to reach out a tentative hand.